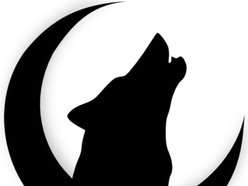 Coyote Creek formed officially in June 2022, when Dave Leslie and Collin Wade’s former band, The Beaten Path came to a fork in the road. The band’s guitarist left and took the name with him. At that time, Dave and Collin had just completed an exhaustive search for a bassist, landing Flashback Fever’s bassist/vocalist Neil Anderson. Now the search was on for a new lead guitarist, and after doing a similar search and audition process, it was Neil that suggested Flashback Fever’s lead guitarist/vocalist Paul Seale. Collin had played with Flashback pre-Covid and always marvelled at how Paul, Neil and Collin could instantly lock their vocals together.

So, putting the best of two bands together really was the strongest way of building a better band. Three days before their next gig, the four musicians rehearsed and with a patchwork set list of songs, blew the doors off the Brownsville Pub. Each rehearsal and gig fortified their sound, and the fanbase, (called Howlers) began to grow.

In the remaining months of 2022, Coyote Creek will be getting their original songs up to speed and recording their best songs.

This site uses Akismet to reduce spam. Learn how your comment data is processed.

This site uses Akismet to reduce spam. Learn how your comment data is processed.